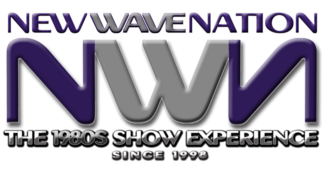 To present or perform as a public entertainment or spectacle:
to entertain groups of people
Example: When I first started coming to see NWN show, it was to lose myself in the music and the era it represented. Never have I felt so alive dancing!

To have experience of; meet with; undergo; feel

Example: The New Wave Nation Experience was the virtual pass to the music that soothes my soul, ignites the passion inside of me and reminds me of the power of music

What the  New Wave Nation  does is set the bar much higher for what a live band can and should be...An experience!

Creating the look and feel of an 80s arena style rock concert, while performing the greatest anthems of the generation of excess, in a way that celebrates the best of what music has to offer!

The constant evolution their play list and stage show keeps the band members and audience on their toes, allowing every performance to feel fresh and new!

Utilizing modern day video technology, the New Wave Nation visually transports the audience through time and back, while performing the songs live, with a current feel, using their own arrangements, and tailoring a show around audience interaction and participation.

From the thunderous sounds of Pour Some Sugar on Me, to the straight, no chaser burn of Smooth Criminal… New Wave Nation The 1980s Experience will leave you hung over for days!